How To Talk With Teens About Marijuana Decriminalization 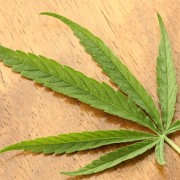 The social viewpoint surrounding the use of marijuana has been rapidly changing over the past decade. It isn’t unusual to hear a parent sigh with relief, “Oh, thank goodness it’s just marijuana!”  It’s also common to hear teens say things like, “it’s no big deal, it’s just pot,” or the age-old favorite, “everybody does it.”

Now that possessing small amounts of marijuana will no longer be a criminal offense in Maryland, it may be even harder for parents to discourage their kids from smoking pot. However, just because the law is changing does not mean your viewpoints or house rules need to change.

The most important thing is to be frank with your teen and to not be confrontational.

Some key points to discuss are:

Our Center is certified by the Department of Health and Mental Hygiene.
All therapists hold masters degrees and extensive post graduate training and certificates.
We have unique abilities and experience in assessment, treatment planning and clinical care.
We pay attention to detail, which makes our reports stand out from the rest.
Our compassionate, non-judgmental approach emphasizes growth and accountability, not blame.
In our 34 years of delivering innovative programming, we have received numerous awards and proclamations.
We care!